Upon the death of a spouse, the surviving spouse is entitled to monthly payments of the spouse’s pension from the pension funds to which the deceased has paid, as well as the child pension for children. The rules of the various pension funds on this subject vary slightly and below the arrangements will only be discussed in general terms. Detailed information can be found on the pension funds’ websites and obtained from their staff. Pension for surviving spouse and child pensions must be applied for in writing, but some funds allow the application to be submitted electronically. The pension funds will send you a written reply stating exactly how much you will be paid and for how long.

Many people have paid into more than one fund during their career, but it is usually sufficient to contact the fund they paid into last, and that fund’s staff are then in charge of ensuring that payments are received from other pension funds as appropriate. If you don’t know which pension fund your spouse paid into last, contact their most recent employer.

The amount of the pension to surviving spouse is almost always 50% (but sometimes 60%) of the old-age or disability pension rights of the deceased fund member, i.e. half of the amount that the deceased would have (or has) received in old-age or disability pension and depends on the length of time and the amount they have paid into the fund.
The surviving spouse may also be entitled to a so-called extrapolation. The rights that the deceased fund member would have earned if they had paid a premium until the age of 65 are also taken into account.

As the surviving spouse, you are entitled to child pension for children who were dependent on the deceased fund member until they turn 18 years old. In some cases it is paid directly to you but in others to a bank account in the child’s name. In most cases, however, children are not the recipients of the payment until after they have become financially independent, but the age at which the child pension expires varies between funds (18-23 years).
The amount of the child pension varies greatly from one pension fund to another and there is also variation in the rules on when the right to receive an unreduced child pension is formed.

If you do not have any dependent children, the full pension to surviving spouse is usually paid for a minimum of 36 months (three years) and then half of that amount is paid for an additional 24 months (two years). If you have a disability assessment of 50% or more, the rules often stipulate payments during the period of that disability, or until you reach the age of 65 or 67.

A full pension to surviving spouse is paid until your youngest dependent child reaches either the age of 18 or up to the age of 23, depending on the different rules of the pension funds, unless you remarry or register cohabitation, in which case it is repealed.

It takes a lot of energy and work to deal with the above issues during the recent loss of a loved one, so it is very beneficial to get help and support from loved ones or professionals.

Supported by the Directorate of Health 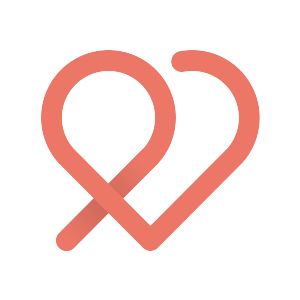